COVID-19 Update: In order to protect your safety in response to COVID-19, we are available both in person and virtually via Facetime. Please contact our office to discuss your CoolSculpting options.

The fat-freezing technology that allows for long-term results of getting rid of fat in trouble places is called CoolSculpting®. Science has proven that fat cells do not like cold, and at a certain temperature, they freeze. When the fat cells freeze, your body will eliminate them through a natural process. The process takes approximately two to six months when you will receive a reduction anywhere from twenty to twenty-five percent of stubborn fat in the treated area.

What is Considered Stubborn Fat?

The body creates a certain number of fat cells in your body when you are a child or during adolescence. The number of cells will vary little from that determined number as you become an adult. Many individuals develop stubborn pockets of fat within these cells that can prove very difficult to reduce; no matter how much they exercise or diet. These fat pockets vary from one person to another because each of us carries fat in different parts of our bodies.

CoolSculpting®, also known as cryolipolysis, the technical name for the process, is science’s way of saying fat-freezing. Scientists spent years developing this form of treatment, and it features a one-of-a-kind technology. For individuals who follow healthy eating habits and have an active lifestyle, CoolSculpting® is the perfect solution for removing stubborn fat from specific areas on their body.

We are in an era of technology and science where almost anything is possible to achieve. This concept also applies to the cosmetic industry where an individual can obtain a new look through medical procedures with little effort. CoolSculpting® is such a procedure.

This procedure freezes your fat, which to some might sound scary, but it is a relaxed and comfortable treatment. This non-invasive treatment will freeze the fat cells in your neck, belly, under your buttocks, under your chin, your love handles, back folds, and thighs and then eliminate them. Scientific evidence has proven that CoolSculpting® is a safe fat reduction method.

The CoolSculpting® treatment works best on healthy individuals who are within twenty pounds of their ideal weight and who want to remove fat pockets from specific areas of their body. Doctors say an individual can lose about twenty to twenty-five percent of unwanted fat after completing one session of CoolSculpting®.

CoolSculpting® is not a weight-loss treatment and is designed for patients who are near their ideal body weight. This procedure has been created for those who want to remove or reduce fat from 9 FDA approved treatment areas:

How CoolSculpting® Treatment is Performed

Once it has been confirmed that you are a qualified candidate for the CoolSculpting® procedure, you can expect from a thirty to a sixty-minute treatment session, depending on the area of treatment. The CoolSculpting® procedure is FDA approved and one-hundred percent safe. You will be able to sit back as your doctor or clinician at Fat Freeze Sculpting handles the process. It is a non-invasive, non-surgical treatment, which means your recovery time will be quite fast.

The CoolSculpting® treatment will begin with the use of gels and an applicator in the area you’ve selected to have fat removed from. The applicator will produce and deliver cold temperatures of 4 degrees Celsius. With the use of the applicator, the fat cells are frozen and permanently damaged without causing harm to your body water, blood, or other cells.

The applicator has a suction effect that may produce some mild pinching and tugging, and freezing may cause some numbing. Your clinician at Fat Freeze Sculpting might apply some balm to the treatment area to ease any discomfort or numbing once the procedure is complete.

The CoolSculpting® technology results have been backed up by more than seventy clinical papers along with technical reports, and scientific papers. Following your treatment, the damaged fat cells will die, and your body will eliminate them in a natural process. Fat cells that have been damaged will never regrow and will never be replaced by other fat cells in the same area. The damaged fat cells will also never resettle in another area of your body. When they have been frozen and die, they are gone forever.

The untreated areas of your body will stay as they were before the treatment and maintain their pretreatment fat cell distribution. After about three months, the treated area will show a significant reduction in fat cells. You will begin to see your desired changes in as short a time as fourteen days, but in some cases, it takes up to eight weeks, which is when the results will be the most conspicuous.

Side Effects of CoolSculpting®

Research is limited on this treatment, but it has been proven at this stage to be a safer, non-invasive type of fat reduction surgery. It is more reliable and more effective than the liposuction procedure. There is little to no feeling for the patient when undergoing the CoolSculpting® treatment, except perhaps some tugging sensation where the skin is placed between the device’s cooling panels.

There is no cutting involved with CoolSculpting®, nor is there any tissue manipulation, or anesthesia. Without the use of anesthesia, most patients do not have to worry about long recovery times and usually resume their normal activities right after the procedure.

What You Should Know Before a CoolSculpting® Treatment

CoolSculpting® was launched in 2010, so it is not a new procedure. There have been thousands of treatments performed across the globe, yet there have been few updates since that time. These are some considerations to make a note of before seeking the treatment:

The possible complications, risks, or side effects often depend on the medical expert performing your procedure. At Fat Freeze Sculpting, you can expect quality care and treatment from experienced physicians. This fat-freezing procedure is new, so the full extent of side effects, risks, and complications associated with the treatments are still unknown.

In 2017 a review was conducted of all the available research papers from two major medical databases but only found a little over three hundred studies linked to CoolSculpting®. Because the procedure is so new, few medical professionals are aware of or have used the process.

Who is Not Qualified for the CoolSculpting® Treatments?

CoolSculpting® has been FDA approved and is considered an effective, safe procedure to reduce the number of fat cells in a targeted area. The procedure is not a weight-loss treatment and is not recommended for persons considered obese.

CoolSculpting® helps to dissolve stubborn fat cells that typically are shrunk through diet and exercise. Persons with a weakened immune system are not good candidates for this treatment. Those who suffer from certain conditions that weaken the body’s ability to handle the cold are also not good candidates for CoolSculpting® as the procedure could cause serious medical complications.

Other health conditions could make you an unfit candidate for CoolSculpting®:

The benefits you will experience from CoolSculpting® are unlike any you would receive through exercise and diet. When the fat cells are destroyed in your body, they cannot enlarge or return with weight gain. Other benefits you will appreciate are:

The CoolSculpting® treatment will help boost your self-confidence, especially if you achieve weight loss through this treatment added to a healthy diet and regular exercise. Results from the treated areas in CoolSculpting® are generally noticeable within three weeks after your treatment, and final results can be seen after two or three months, and the fat-flushing process continues for up to six months after your first treatment. Some people and areas of the body might need more than one treatment. Market research conducted on the CoolSculpting® reported more than seventy-five percent of people who went through the procedure experienced a positive difference in the way their clothes fit.

There are very few cases where the fat cells respond to the CoolSculpting® treatment by enlarging rather than dying. It is a condition known as Paradoxical Adipose Hyperplasia or PAH.  A study conducted in 2014 reported that this has a risk as low as a .0051 percent of occurring. Research has not proven why PAH occurs even as seldom as it does, but those few who develop the condition have been men. PAH does not cause any symptoms other than changing physical appearance; surgery is the only option to reversing the effects. Other complications that could arise after a CoolSculpting® treatment are:

How to Prepare for a CoolSculpting® Procedure

There is not much to prepare for when planning for the CoolSculpting® treatment, but it is essential to make sure your body is healthy, and you are within an ideal weight. While this treatment is not a weight loss solution, a perfect candidate who is in good health will find this procedure, the ideal tool to eliminate body bulges. One precaution you should take before beginning the treatment is to avoid taking anti-inflammatories such as aspirin. By not taking aspirin, you reduce your risk of bruising that could occur from the CoolSculpting® procedure.

Liposuction and CoolSculpting® are both procedures used to reduce fat, and both permanently remove fat from specific, targeted areas of the body. CoolSculpting® is a noninvasive treatment with minor side effects. Liposuction is an invasive surgery completed with the use of anesthesia. The side effects of liposuction include blood clots, adverse reactions to anesthesia, and other severe complications. If you suffer from heart problems or blood clotting disorder or are pregnant, you should avoid liposuction.

You can have a CoolSculpting® treatment performed as an outpatient with each session lasting about an hour. If you need more than one treatment, they may have to be completed in sessions spread out over a couple of weeks. Liposuction is also customarily done on outpatient surgery. This surgery will take one to two hours with recovery taking several days. This treatment typically needs only one session. Another difference between the two procedures is CoolSculpting® results show after a few weeks, and liposuction results take a few months to be noticed.

With a CoolSculpting® treatment, you can lose up to twenty-five percent of your fat cells in the targeted area you choose to sculpt. You can remove up to five litters, or eleven pounds of fat with liposuction as removing more is not considered safe. Both of these procedures will permanently destroy your fat cells in specific areas, but you can still develop fat in other areas of your body. A study performed showed one year after liposuction, patients had the same amounts of body fat as they did before the procedure; it had just moved to other parts of their body.

Find a Los Angeles CoolSculpting® Procedure Near Me

If you have areas of your body that you would like to reduce fat pockets from; call Fat Freeze Sculpting at 310-919-5296. Our doctors have the experience of performing safe and effective CoolSculpting® treatments to rid your body of unwanted bulges. Schedule an appointment today and see if you qualify for the procedure.

To Schedule Your Free Consultation Now

To Schedule Your Free
Consultation Now 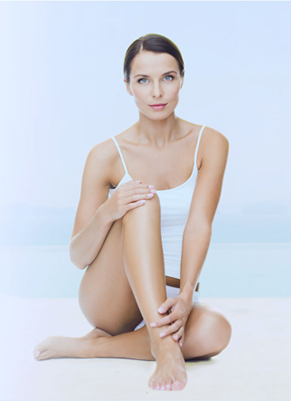 We are offering free virtual consultations. Contact us for your Special Discount today.

*Your deal will be sent once submitted